The case study is located West of Sipe Sipe town. The Jatún Mayu sub watershed is situated between 2750 m.a.s.l. in the East and 4500 m.a.s.l. in the North West. The slopes are very steep and the landscape is rugged in the northern part of the River Jatun. 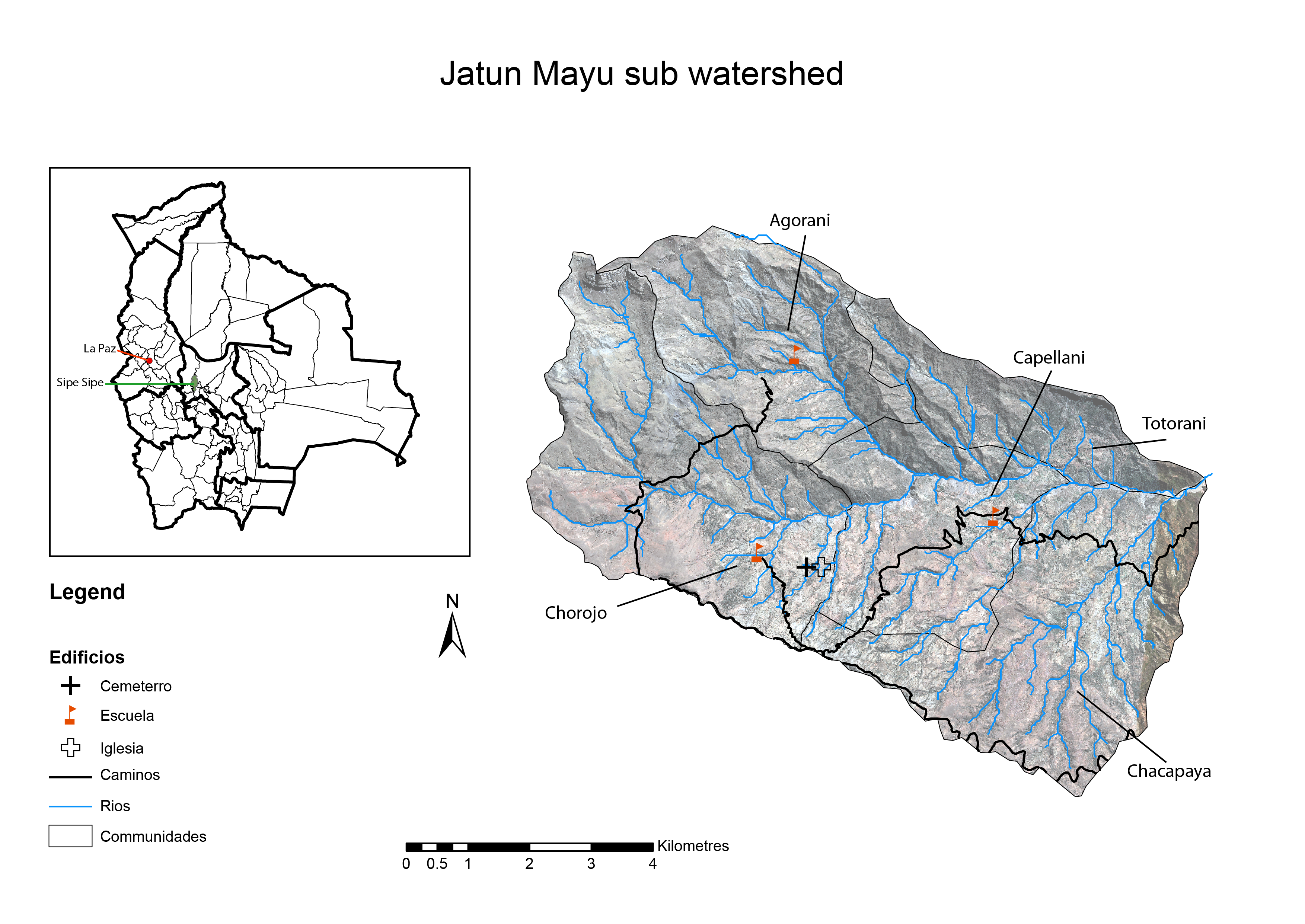 Location of the studied subwatershed

There are few forests which consist mainly of eucalyptus trees (not native) with only one forest of native trees (Kewiñas) in the higher part of the sub watershed. Fields can be found up to 4000 m.a.s.l.. The main staple crop is potatoes but oca, maize, wheat and other cereal crops are also cultivated. In the lower part, vegetables are also cultivated (onions and peas). This area suffers from very important erosion due to strong rains although the major problem is of direct climatic origin. The period of frost and hail are changing and therefore impacting the crop cycle, which leads to loss of production. The area is also affected by a high migration rate. The agriculture is mainly for subsistence and therefore does not provide much cash. Moreover the level of education available in the area is limited to the primary level. Therefore young people are forced to move down to the municipality of Sipe Sipe or city of Cochabamba for access to education. The better quality of life (electricity, water supply, etc.) in the urban areas makes them less willing to return to the villages.  Furthermore the need for employment is another driver for people to move to the Chaparé area (tropic) for coca production or to Santa Cruz for its economic opportunities or even abroad (mainly Argentina). Usually the whole family moves down to urban areas and only the elderly people are left behind. Often the families living in the valley keep their land and come back during the week to work on it, as a distance commute. 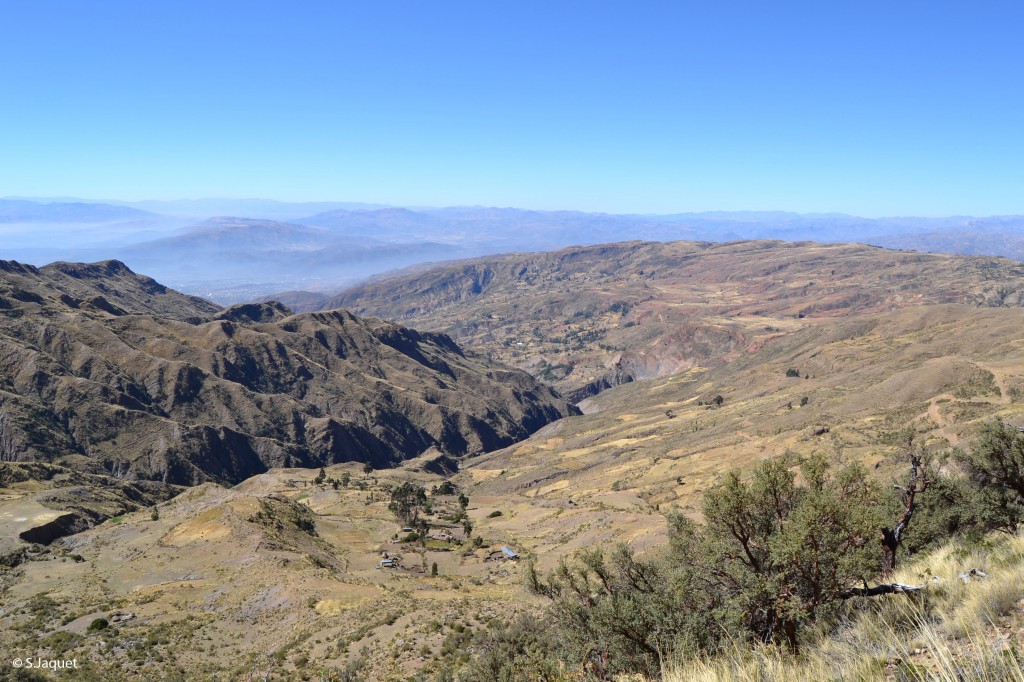 View from Agorani village, North of the sub watershed 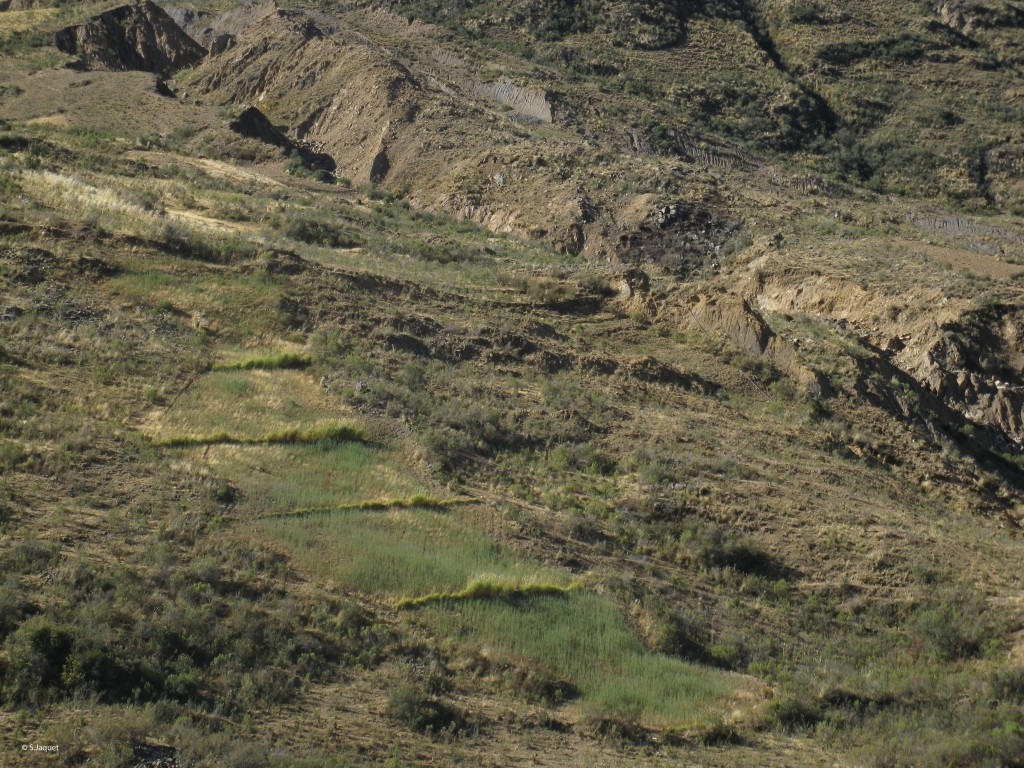 The hierarchal structure of the communities is very strong and the land owners have to be present to the meetings of the farmer cooperative because of the importance of the land tenure. People do not abandon their land and in spite of being absent, still find a way of using it. However due to the multi-residential status of migrant inhabitants, the land is no longer cared for the same way as before. The question of land management is therefore very important. 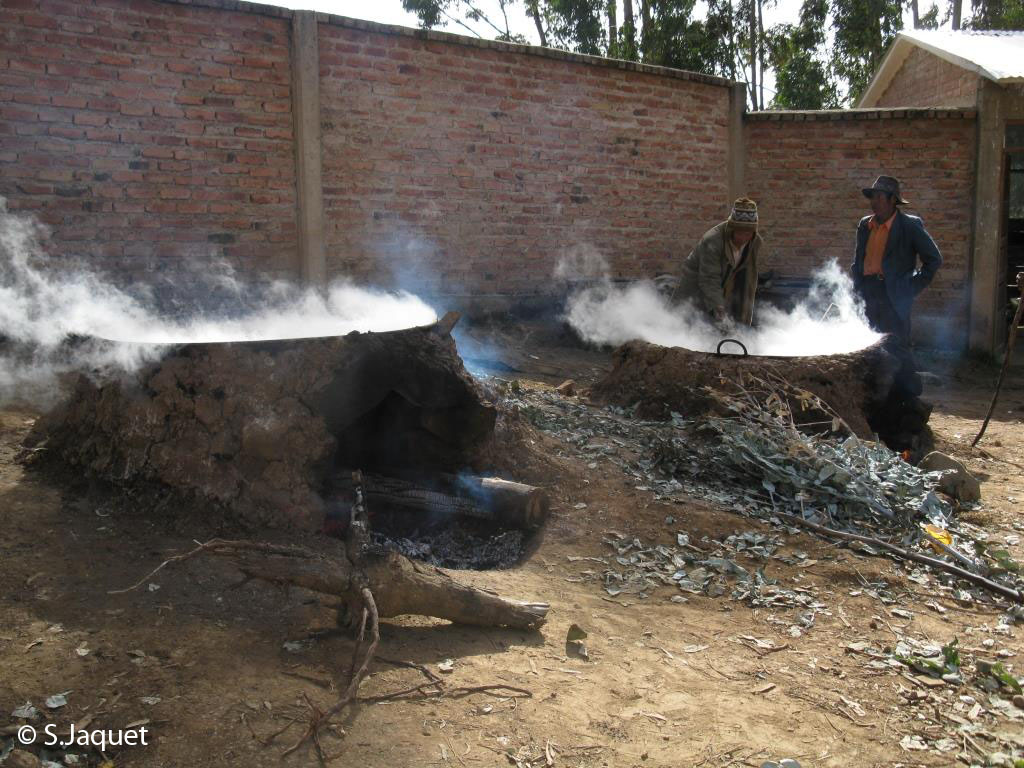 Chicha (local alcool made of mais) fabrication in Chorojo village, West of the sub watershed (August 2013)